Check out our latest work on the blog! Here you can find our work. Helpful info for couples planing their wedding and helpful resources for photographers.

WELCOME to
OUR BLOG

Il Mercato. In a word: Spectacular. In more than a word: One of the most amazing wedding venues in New Orleans. Built back in the 30s for use as a public market, this Spanish colonial-style structure was bought back in 2013, in a state of extreme disrepair, and was carefully restored to its former glory and turned into an elegant venue for weddings and other events.

The new owners not only restored the building’s arches, stucco, plaster walls and terracotta roof tiles, they also added a huge courtyard, complete with an outdoor fireplace and century-old cobblestone patio. With all the natural light, textures, a courtyard that is incomparable for receptions, and a little greenery right next door at Sophie B. Wright Park, Il Mercato is one of the most sought-after wedding venues in the city. Everyone who gets a chance to spend time there, simply falls in love with it.

And speaking of falling in love…Olivia and Paul were married at Il Mercato and these two are MADLY in love!

They flew in for the celebration of a lifetime with a big crowd of their family and friends from the East Coast and the day was the epitome of perfection. The weather was on point with the sun beating down with a cool breeze blowing to cool everyone off.

Both Olivia and Paul chose to get ready at separate Air B&Bs, near the venue, which made for easy transportation to Il Mercato for the wedding day festivities. The closeness to the venue also allowed us extra time for Olivia and her girls to do group photos before the ceremony, which is always a nice alternative to doing all the photos at once.

The emotion of the day was palpable and there were many moments when there wasn’t a dry eye in the house, especially when Olivia did a First Look with her dad and when she and Paul read their own vows to each other through their own flow of tears.

After officially becoming Husband and Wife, they second lined through the streets of New Orleans with a brass band before returning to Il Mercato for the party of a lifetime. 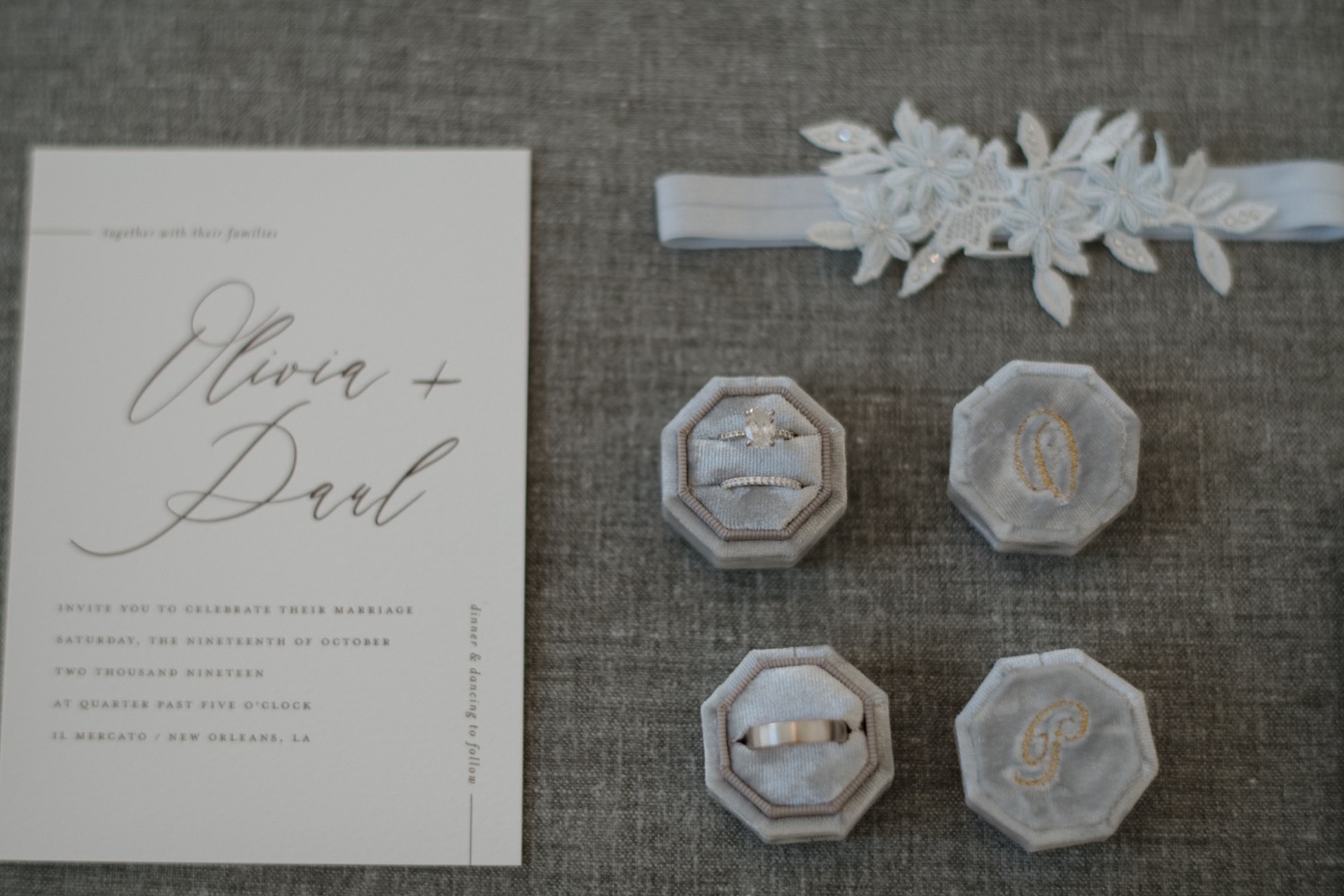 COME ON now! Let's be PEN-PALS.

Photos and Video By Erin and Geoffrey Weddings
ALL RIGHTS RESERVED  |

We will never spam you. But we use our mailing list to announce new blogs with helpful resources for both brides and photographers